A former Thompson Coburn partner — tarnished by the Michael Lazaroff scandal — now works as a lawyer for the University of Missouri. His duties include pitching the sale of Mizzou’s property in St. Charles County, a plan that could result in a controversial subdivision being built near the KATY Trail. As the plan edges forward, the school continues to rely on Thompson Coburn’s skills to oversee a wide range of its financial affairs. Mizzou says there’s no conflict of interest. 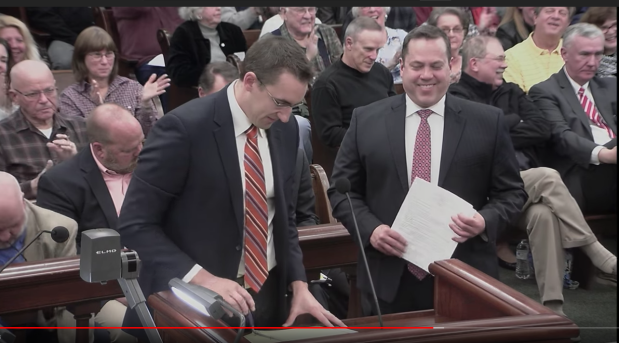 In 2016, attorney Steven R. Wild left his partnership at the St. Louis silk-stocking law firm of Thompson Coburn to become a public servant. At his former firm, he had specialized in finance and real estate law for 17 years, cutting $1 billion in complex agreements that melded public and private interests.  Wild’s new employer — the University of Missouri — acquired his legal acumen for an annual salary of $130,000, a pittance considering his level of expertise.

It was a serious mid-career move for a lawyer of his prowess, a choice that must have demanded considerable deliberation. But for Mizzou, at least, the decision to hire Wild was a slam dunk. The university was well aware of the law firm’s sterling reputation because it has been a client of Thompson Coburn for decades.

With the exception of one incident earlier in his career, Wild possessed impeccable credentials, too. Wild’s intimate familiarity with the law was matched by decades spent forging professional contacts in the legal and business worlds. Mizzou hired a consummate insider, a Vanderbilt-educated lawyer with one of the top law firms in the state.

All of this would be academic, if not for the role he now plays in the controversial land sale approved by the St. Charles County Council last week. On June 25, the council voted five to one, with one abstention, to allow the University of Missouri to sell property in its Missouri Research Park to NT Home Builders, a St. Charles-based residential development company owned by real estate tycoon Greg Whittaker.

The proposal had been the subject of discussion before the Council for months, and Wild was one of the university’s point men. When he attended the April 9 St. Charles County Council meeting in support of the university’s property sale, his presence did not go unnoticed. Council Chairman Dave Hammond kowtowed and offered laurels. Hammond was so accommodating he bumped up Wild and another university barrister to appear before the council ahead of the attorney representing the developer, an ingratiating gesture that signaled the clout that the Mizzou’s  legal team wields. When viewed from council’s side of the dais, nothing about Hammond’s fawning behavior was inappropriate  On the contrary, it was a display of courtesy and decorum. Wild’s role didn’t even require a speaking part. All he had to do is show up. The public performance, scripted by Roberts Rules of Order,  could not have appeared more innocuous.

What’s gone down behind the scenes, however, is anybody’s guess because council’s executive sessions are held behind closed doors.

A state Sunshine Law request for information submitted to the university last week by StlReporter  — asking for details of the sales agreement between the university and the developer — was denied by the school’s custodian of records. “This is the final response to your Sunshine Law request,” wrote Paula Barrett, the University of Missouri’s Custodian of Records. “The documents responsive to your request are closed.” Barrett cited fine print in a state statute that prohibits the public from being informed of the terms of the sale of public property before the state closes on it.

As if  these stealthy maneuvers were not enough, there’s another nettlesome problem with the deal that hasn’t been broached until recently. The land the school is intent on ridding itself of is adjacent to the Weldon Spring Conservation Area, which is contaminated with radioactive waste. The Department of Energy has declared that area safe for recreational purposes, but unsafe for full-time residency. During months of public discussion, this thorny detail was never mentioned by the university.

With its reputation hanging in the balance, Mizzou is counting on its rainmakers in its legal department to quickly close the sale and simultaneously maintain some semblance of public trust. It’s a tricky act to pull off.

To assure the public that the university’s actions are beyond reproach, Wild is required to recuse himself from any cases involving Thompson Coburn, says Christian Basi, a University of Missouri spokesperson. “In a nutshell, there is no conflict of interest,” says Basi. While a partner at Thompson Coburn, Wild never engaged in any legal work involving land surrounding the golf course, Basi says, referring to the property where the residential development is planned. Wild’s professional experience, says Basi, is a “strength,” and his presence “adds experience to the office of general counsel at the university.”

But that’s where the curtain falls. The university stopped short of revealing any details of the sale, citing the confidentiality clause of the state statute. Upholding the letter, if not the spirit of the law, Mizzou is not obligated by law to reveal details of the deal until its done.

Thompson Coburn is equally reticent. Reached for comment on last week, Bill Rowe, a spokesman for Thompson Coburn, declined to give details of the law firm’s relationship with the university, citing client-attorney confidentiality. But the spokesman confirmed that the University of Missouri remains “a significant client in a variety of areas.” Lack of transparency surrounding the deal, including withholding the sale price from the public and declining to consider other offers, has led to rumors of political corruption.

This much is not secret: Mizzou has bet its financial future on the soundness of Thompson Coburn’s advice. In 2014, for example, the law firm handled the issuance of nearly $300 million in revenue bonds for Mizzou. The stakes have risen even higher in recent years. Declines in enrollment have strapped the university’s coffers. As its fiduciary, Thompson Coburn is bound to make decisions based on the interests of its client’s longterm solvency. The highly valued acreage in St. Charles County overlooking the Missouri River is among the university’s disposable assets. It is easy to understand why any financial advisor would counsel the school to sell given the circumstances. Whether such discussion took place is uncertain.

The ties that bind Thompson Coburn and Mizzou together go beyond the bottom line, however. There is a personal side to the longstanding affair, too. Wild’s former law partner Tom Minogue — the chairman of the firm– is a proud graduate of the University of Missouri St. Louis and currently sits on the Chancellor’s Council at UMSL. 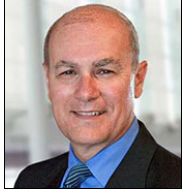 Be True to Your School: Thompson Coburn Chairman Tom Minogue

For months, the contentious issue has spurred critics to send hundreds of emails to their elected officials, demanding the plan be scrapped. Adversaries have packed the gallery at St. Charles County Council meetings, and also posted informational notices along the KATY Trail. Moreover, the St. Charles County Planning and Zoning Commission sided with the opponents, recommending rejecting the plan 8 to 1 earlier this year. Nevertheless, the county council inexplicably gave the green light to the plan last week, allowing the sale of the property to move forward.

By law, real estate transactions are a matter of the public record, but the negotiations preceding the closure of the deal are not. This rule is applicable even when the one of the sales parties is a state-owned, public institution. It’s a loophole that allows Mizzou, in this case, to hold secret talks and withhold all the details of the sale of public land from taxpayers. In most situations, deals like this would probably not raise an eyebrow. But building a pricey subdivision near a popular state park and a state-owned conservation area is an exception to that rule. Adding to the controversy is the Department of Energy’s restrictions on nearby land use, which prohibits full-time occupancy on adjacent property due to the presence of radioactive contamination. To seal a sketchy deal like this requires masterful salesmanship and extensive legal skills.

As an associate, Wild honed his skills at Thompson Coburn, learning the art of the deal by following in the footsteps of more senior members of the firm. Beginning in the late 1990s, he cut his teeth hashing out complex real real estate issues, including representing the St. Louis Marketplace in litigation related to the city of St. Louis’ use of tax-increment-financing to take residences through eminent domain for a private retail development. Michael Lazaroff, Wild’s mentor, was the mastermind behind that boondoggle.

Lazaroff left Thompson Coburn in 2000 in the wake of a corruption scandal that rocked the law firm. He was disbarred and pleaded guilty to pocketing $500,000 in under-the-table payments from Station Casino from 1994 to 1996. Station Casino has a dark past. Its founder was a known associate of the Civella crime family of Kansas City, and was implicated in 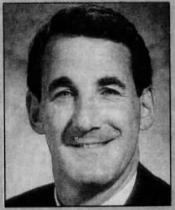 skimming money from Las Vegas casinos in the 1970s for the Mafia. In 2000, hearings conducted by a special investigative committee of the state legislature probed illegal meetings Lazaroff held on behalf of his client — Station Casino — with the then-chairman of the gambling commission.

At the same time, Lazaroff was also convicted for making illegal political campaign contributions that involved Wild’s cooperation. Wild and three other lawyers took part in the scam. With Wild’s cooperation, Lazaroff skirted federal campaign finance laws that then limited the amount of contributions by having his colleagues contribute money for him and then reimbursing them. The donations were made to the campaigns of then-Democratic presidential candidates Al Gore and Bill Bradley. The secretary of former U.S. Sen. Thomas Eagleton, a senior partner at Thompson Coburn, was also implicated. Wild and the others involved in the illegal bundling of contributions issued an apology and were not charged.

That was 18 years ago. Nothing much seems to have changed in the intervening years.