In 2007, the same congressional committee that years later refused to transfer authority for the clean up of West Lake Landfill to the U.S. Army Corps of Engineers, investigated the awarding of a Homeland Security bio-surveillance contract to SAIC, the giant defense contractor. 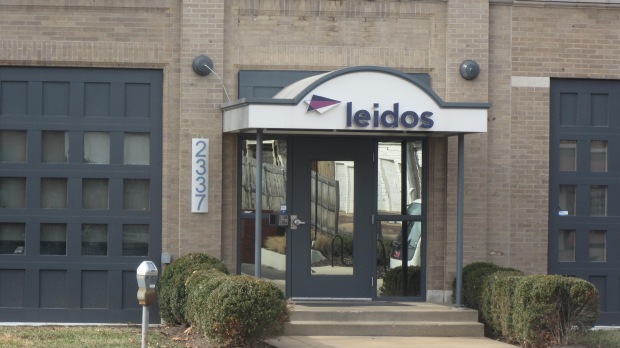 During President George W. Bush’s administration, the House Committee on Energy and Commerce announced an inquiry into the National Bio-surveillance Integration System, an intelligence gathering operation of the U.S. Department of Homeland Security administered by the Science Applications International Corp. (SAIC).

The House committee was then apparently interested in whether the bidding process was rigged.

In 2013, SAIC spun off a large portion of its classified government work by forming another company, Leidos. Both SAIC and Leidos have received  multi-million-dollar contracts to do clean up work  for the  U.S. Army Corps of Engineers Formerly Utilized Site Remediation Program (FUSRAP) in St. Louis, including the continuing cleanup of Coldwater Creek in North St. Louis County.

In addition to its environmental engineering component, Leidos is the largest private cyber espionage outfit in the nation with estimated government contracts worth $60 billion. The company employs 80 percent of the private-sector work force engaged in contract work for U.S. spy and surveillance agencies, including Homeland Security, the CIA and NSA.

Leidos also has a contract with the Missouri Department of Natural Resources through its  federal facilities management division.

The earlier creation of the National Bio-surveillance Integration by Homeland Security through its contract with SAIC has received little subsequent attention. The program was authorized by President George W. Bush under Presidential Directive 10. Its stated mission was “to provide early detection and situational awareness of biological events of potential national consequence by acquiring, integrating, analyzing, and disseminating existing human, animal, plant, and environmental bio-surveillance system data into a common operating picture,” according to the Department of Homeland Security.

The Department of Homeland Security further describes the classified program as follows: “The National Biosurveillance Integration Center (NBIC) integrates, analyzes, and distributes key information about health and disease events to help ensure the nation’s responses are well-informed, save lives, and minimize economic impact.”

Spurred by the outcries of concerned residents about potential health problems associated with chronic exposure to radioactive waste, the St. Louis County Health Department in conjunction with the federal Agency for Toxic Substances and Disease Registry have taken an active interest in the radioactive waste issue in the St. Louis region.  Whether Homeland’s Bio-Surveillance operation is monitoring conditions in St. Louis independently or with the cooperation of these other government agencies remains unknown.

Other community activists have long advocated taking away the control of the West Lake Landfill Superfund site in Bridgeton, Mo.  from the EPA and putting it under the control of the Corps of Engineers FUSRAP program, which has authority over the other St. Louis area radioactive sites.  But despite bi-partisan support of the St. Louis area congressional delegation, a bill slotted to shift control died in the House Committee on Energy and Commerce last year.

The West Lake Landfill Superfund site is owned by Republic Services Inc., the second-largest waste disposal company in the U.S. The company’s chief spokesman is Russ Knocke, a former top spokesman for the Department of Homeland Security.

The presence of a top-secret operation inside an AT&T building near West Lake Landfill in Bridgeton adds another murky hue to an already cloudy picture. The facility is presumed to be controlled by the National Security Agency but may house some other unknown government covert operation.

Cadmus Group, the private EPA contractor that hosted a series of meetings for MDNR related to planning the state’s future energy policies, is now a major national security consultant, and some of its execs have past ties to British Intelligence.

The Missouri Department of Natural Resources hired Cadmus Group, a consulting firm with longstanding ties to the EPA, to hold a series of public meetings across the state in October and November 2011. The gatherings in Rolla, St. Louis, Kansas City and Columbia  convened with little fanfare,  bringing together various energy sector stakeholders to establish the groundworks for future energy policy development in the state. The mix included representatives from utility companies, state and local government agencies and environmental groups.

At the time, attorney G. Tracy Meehan III, a former director of the Missouri Department of Natural Resources, served as a principal officer in Cadmus Group.  He is a graduate of Saint Louis University Law School. Meehan served as an assistant administrator for water at the EPA in President George H.W. Bush’s administration, and is currently an adjunct professor at George Mason University School of Law. He  also sits on the  Committee on the Mississippi River and Clean Water Act of the National Research Council.  Meehan was previously a member of the council’s Water Science Technology board. He headed the MDNR between 1989 to 1992 under Republican Gov. John Ashcroft, who later served as U.S. Attorney General under President George W. Bush. 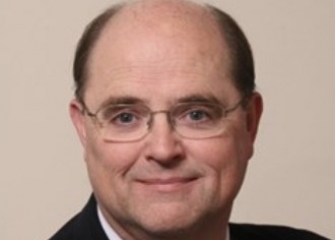 Cadmus Group, founded in 1983,  is  EPA’s prime climate change consultant with offices in Arlington, Va.  The company is named after the mythological Phoenician  prince who brought the alphabet to ancient Greece. Cadmus’ operations expanded over time and by 2012  boasted annual revenues of $69 million.

In 2016, Cadmus diversified by  buying Obsidian Analysis, a Washington, D.C.-based  national security consulting firm, which had an annual revenue of $29 million at the time of the sale.  A month before the merger was announced in February 2016 veteran CIA analyst Christopher Savos joined Obsidian Analysis’ management.

The co-founders of Obsidian Analysis are Kevin P. O’Prey and Matthew K. Travis, who formed the company in 2010. Travis was formerly president of Detica Inc., originally founded in 1971 as Smith Associates, a UK government research and defense contractor. The company now focuses on cyber intelligence gathering. It acquired DFI International, a U.S. homeland security consulting firm in 2007. DFI’s board of directors was stacked with  retired U.S. military brass and a its lawyer was formerly general counsel to the CIA. Oddly, The firm’s website appears to be an English translation based on German text.

O’Prey is former president of another branch of the same company, DFI Government Services. Detica was  purchased in 2008 by British defense giant BAE Systems and is now called  BAE Systems Applied Intelligence.

Travis and O’Prey, the founders of Obsidian Analysis, are now vice-presidents of Cadmus Group — the EPA’s climate change consultant.

In 2006, DFI Government Services, the branch then headed by O’Prey, hired retired U.S. Air Force Lt. Gen. James Clapper to head its defense program. Prior to joining DFI, Clapper served as the director of the National Geospatial Intelligence Agency, which has its main headquarters in St. Louis. Earlier in his career he had been director of the Defense Intelligence Agency

In 2010, President Barrack Obama appointed Clapper to be the Director of National Intelligence, which oversees all the spy agencies, including the CIA and the National Security Agency. Clapper resigned from that post in January.

In 2013, Clapper came under criticism for allegedly lying to Congress about whether the NSA tracked telephone data of millions of American citizens. The allegations against Clapper were raised after CIA contractor Edward Snowden revealed that the NSA was engaged in wide-scale surveillance operations. Snowden is now living in exile in Russia. 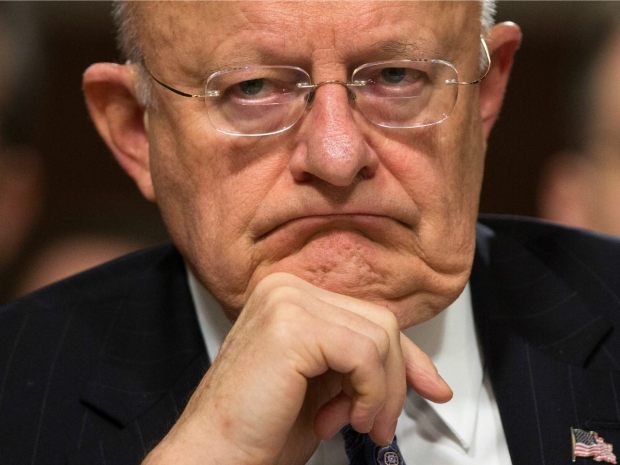 The lines between environmental regulation and espionage have blurred.  Internet and telephone snooping are being carried out under the guise of national security. The same companies involved in dealing with terrorism threats are also involved in water quality and climate-warming issues. It is becoming increasingly difficult to figure out where one field of interest begins and the other ends.  Cadmus Group, the same company that facilitated energy-related seminars for the state of Missouri,  employs intelligence specialists in its highest ranks.

It appears as if the so-called “deep state” is embedded in the “show-me” state.

In 2010, Griffin Services, a subsidiary of an English defense contractor, showed up inexplicably in a Google map search of Arnold, Mo.

There has been a lot of jokes lately concerning President Donald Trump’s allegations that British intelligence spied on him at the request of the Obama White House. No evidence so far comes anywhere near confirming his claim.

But there is little doubt that the British secret service operates in the U.S. Moreover, the Brits’ intelligence operations can pop up in the most unexpected of places, far from the corridors of Trump Towers.

In 2010, for example, Washington Post reporter Dana Priest did a mind-blowing series on the number of top-secret U.S. government sites that operate domestically in virtually every state. Her extensive list of classified locations included one in Jefferson County, Mo., which is part of the St. Louis region.

Priest didn’t reveal the name of the agency operating in JeffCo., but  did mentioned that it was located in the town of Arnold near a Target store. With some searching I was able to pinpoint the location using Google map.

The site Priest was referring to is the location of the Geospatial Intelligence Agency, formerly referred to as the Defense Mapping Agency. The agency’s presence is no secret in St. Louis, of course. The building of a new facility for agency in North St. Louis has been the subject of public discussions in the last year.

But dig this: In 2010, the Arnold headquarters of the Geospatial Intelligence Agency was listed instead by Google map as being the location of Griffin Services.

Griffin Services it turned out is a subsidiary of a private British intelligence company — VT Group. VT stands for Vosper Thronycroft, which used to be a big British shipbuilder. In 2010, VT Group merged with Babcock International, another spooky private British defense contractor. Babcock is the former Babcock & Wilcox, which built boilers for the British Navy, when the sun never set on the British empire. BWXT Nuclear Operations Group is a subsidiary of Babcock International.