At the height of the Cold War, the St. Louis city streets director took a hiatus to help build a chemical plant in the Soviet Union for a subsidiary of Slay Transportation. Meanwhile back in the Gateway City, the same company was busy developing a process for disposing of contaminated waste in area landfills.

If this were part of the plot of a spy thriller, it would be hard to suspend disbelief. Midwest business and politics have never been a hotbed of international intrigue. Nevertheless, despite  the anti-communist fervor of the Cold War era,  then-St. Louis Mayor John H. Poelker — a former agent in J. Edgar Hoover’s FBI — granted a subordinate time off  to work in the Soviet Union. 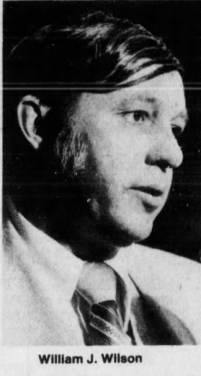 In December 1975, William J. Wilson, then-director of the St. Louis Street Department, took a leave of absence to work on a chemical plant in the Soviet Union for Ecology Controls Inc., a subsidiary of Slay Transportation, a St. Louis-based company owned by Missouri Democratic powerbroker Eugene Slay. The local trucking magnate had no previous experience in international business, but his firm did transport materials for Monsanto and Mallinckrodt Chemical, two St. Louis companies that did.

Wilson, a Slay crony and a chemical engineer, was hired by the city in May 1973 by Mayor John H. Poelker — a former FBI agent. Prior to his work for the bureau, Poelker Poelker was employed by the DuPont Co. in St. Louis. He had hired Wilson at the urging of St. Louis Recorder of Deeds Francis R. Slay, Eugene Slay’s cousin. The late Francis R. Slay is the father of Francis G. Slay, the former mayor who left office earlier this month.

In 1979, Wilson’s close ties to Slay became the subject of  a federal grand jury impaneled to probe whether riverfront leases and mooring rights granted by the city to Slay Transportation received favored treatment.  By then, Wilson had quit his post as city streets director to become general manager of Bi-State Development Corp., St. Louis’ mass transit agency.

The Soviet chemical plant, which was located 800 miles southwest of Moscow, was built to produce synthetic parasecrol, a material used in rubber products. Ecology Controls Inc., the Slay subsidiary, was a subcontractor of Ste. Entrepose, a French corporation. Wilson was paid $30,000 by Ecology Controls for his work on the project. He spent approximately three weeks in the Soviet Union. Wilson did the remainder of his work from St. Louis, while continuing to work full-time as the city’s streets director.

At the same time, Ecology Controls was also pursuing other ventures, including a process for disposing of chemically-contaminated waste in area landfills without harming the environment. Collis C. Bryan, a former Monsanto chemical engineer and Parkway School District chemistry teacher, was involved in that project.

Ecology Controls Inc., which was incorporated in 1971, remained an active corporation in Missouri until April 2011, when it merged with J.S. Leasing Company Inc, another Slay-owned company.