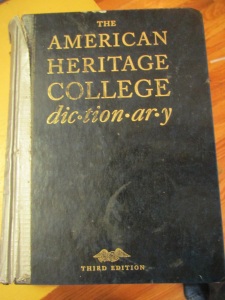 “It just makes me sick,” say Kay Drey. The 81-year-old dean of the St. Louis environmental movement is sitting at her dining room table, which is scattered with various paperwork, including two dogeared reports issued by the Nuclear Regulatory Agency in the 1980s.

As the sun streams through a window of her University City home on this mild January morning, she bemoans the state of affairs related to the stalled clean up of the radioactively-contaminated West Lake Landfill in Bridgeton, a nearby St. Louis County suburban municipality.

The NRC reports to which she refers both candidly recommend the removal of the radioactively-contaminated materials from the landfill, which is located in the Missouri River flood plain upstream from water intakes for the city of St. Louis.

The waste, a byproduct of decades of uranium processing carried out by Mallinckrodt Chemical Works on behalf of the government’s nuclear weapons program, was illegally dumped at West Lake 40 years ago. Drey has been fighting various regulatory agencies to get it removed for almost as long.

On this day, Drey’s voice is failing. It can’t compete with Moxie, the family’s small dog, who yaps at a visitor’s feet. After the canine commotion subsides and breakfast dishes are cleared, Drey explains what is bothering her.

“They’re not talking about digging it up,” she says.

Removing the radioactively-contaminated materials from the St. Louis area to a federally-licensed nuclear waste depository in the sparsely-populated West has long been her goal.

In 2008, Drey and the Missouri Coalition for the Environment challenged the EPA’s record of decision on West Lake, which would have mandated a relatively cheap fix — capping the landfill with dirt and leaving the nuclear materials in place. Republic Services, the liable landfill owner, favors this remedy, which would allow the contamination to continue migrating into the ground water. The final decision is still up in the air along with noxious landfill fumes that have been the bane of nearby residents for the last four years.

Since 2010, public outrage over the issue has grown due to an underground fire at the adjacent Bridgeton landfill, which is part of the same EPA Superfund site. The Missouri Department of Natural Resources is overseeing efforts to contain the fire, which is moving in the direction of the radioactive waste. To bolster DNR’s authority, the Missouri Attorney General’s office has filed suit against Republic for various infractions. Splitting responsibility for dealing with the problem between the state and federal agencies has led to further bureaucratic snafus. One of the impasses involves a state-mandated barrier wall to stop the fire from advancing.

Drey and other activists advocate turning the clean up over to the U.S. Army Corps of Engineers, the agency that has remediated other St. Louis radioactive sites under the Formerly Utilized Site Remedial Action Program (FUSRAP), which targets sites contaminated with nuclear weapons waste from World War II. Gaining congressional approval for such a change has not happened, however, despite efforts by the activists to spur the St. Louis congressional delegation to sponsor the requisite federal legislation.

Meanwhile, Republic, the responsible party, keeps pushing the original capping proposal. The company’s public relations efforts have included backing a rural-based front group, the Coalition to Keep Us Safe which is against shipping radioactive material through the state. The Coalition to Keep Us Safe, via their twitter feed, routinely uses the words “capping” and “encapsulation” to mean the same thing. The terms are used interchangeably by the group, but “encapsulation” is not part of the 2008 Record of Decision issued by the EPA. The confusion of terms is not clear to a casual observer or to many members of the Coalition as seen in the tweets they post.

As the debate wears on, Drey sees support for removal of the waste waning. But she’s standing her ground. There is no compromise on this subject when viewed from her eyes. Those who consider capping as an option are abandoning the goal. In her opinion, it is indefensible to leave deadly radioactive waste to drain inevitably into the Missouri and Mississippi Rivers forever.

Drey also sees how language is being used to obfuscate the issue. Supporters of capping the landfill often use the word “encapsulation” to describe the plan to leave the waste in the floodplain, leaking into the aquifer.

To make her point, Drey gets up from the dining room table and retrieves a worn dictionary from a bookshelf. She runs her index finger down the page to the entry and recites the definition: “Encapsulate: to encase in or as if in a capsule.”

“Does a capsule have just a top?” she asks.