The phone number for Land and Apartments LLC sports a 314 Area Code, giving apartment hunters the perception they are calling a local real estate office. Instead, they’re being patched into the amorphous world of the Internet, where cloud-based communications are a tad more hazy. 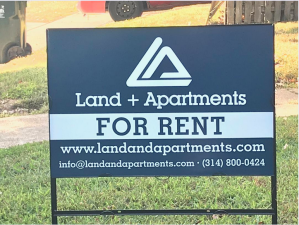 If you’re interested in renting an apartment in St. Louis from Land and Apartments LLC, the real estate investment firm’s phone number is 314-800-0424. When you call that sequence of numbers, a pleasant recorded voice will greet you and politely ask you to leave a message.

Land and Apartments may be in the business of renting brick and mortar properties, but its phone number isn’t tied directly to the company’s physical office. In many respects, the concept of a tangible business address is an anachronism, a quaint idea leftover from the 20th Century.  Nowadays, a disembodied, anonymous voice in the nebulous ether asks you to provide personal information and says: “Your call will be returned as soon as possible.”

Welcome to the virtual world of Voice Operated Internet Protocol.

This technological innovation allows companies to create the appearance of being a neighborly business by using a local Area Code. In reality, the corporation could be located around the corner or around the world. There is no way of knowing for sure. It’s the same technology used by Skype and Google Talk. But in this particular VOIP application, phone numbers — including geographically-based Area Codes — are bought and sold for use over the Internet by various kinds of businesses, including the phone sex trade.

Three different online reverse phone directory searches indicate that 314-800-0424 belongs “B. Honey,” who apparently used the phone number in the past. One of the reverse phone directories lists B Honey as living in Kansas City even though the 314 Area Code is associated with St. Louis. Wherever B Honey is located, it’s a safe bet the name has nothing to do with an aviary.

Sharing the same phone number with the enigmatic “B. Honey” of Kansas City may be nothing more than a fluke, but the coincidental ties to Kansas City don’t stop there. 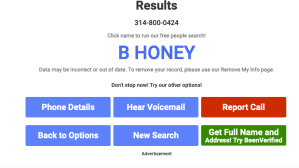 In another simple twist of fate, the organizer of Land and Apartments LLC is listed by the Missouri Secretary of State’s Office as attorney Rex A. Redlingshafer, a partner in the Kansas City branch of the Dentons law firm. Redlingshafer is the nephew and cousin of James Ryan Redlingshafer Sr. and Jr., owners of Artemis Holdings LLC.

Artemis Holdings and Land and Apartments are both involved in the controversial redevelopment of a Richmond Heights apartment building that gained media attention last month, after the companies were cited for violations of the law by municipal and county agencies. Tenants complained to  Richmond Heights and St. Louis County Public Health Department officials about conditions inside the building during its demolition. As a result, occupants were forced to move during the pandemic, including two who were more than 80 years old. Richmond Heights fined Artemis Holdings for not initially applying for a building permit and the health department issued a formal Notice of Violation for skirting a federal environmental law pertaining to asbestos testing.

The building code and environmental law violations occurred prior to Dentons filing incorporation records for Land and Apartments on Oct. 9. It is not known whether Connor O’Leary, who appears to represent both companies, is the owner of Land and Apartments. O’Leary is affiliated with a third limited liability corporation, Central Investments LLC, which is located on the second floor above the Cut N Dye Hair Salon at 1051 S. Big Bend Blvd. in Richmond Heights. 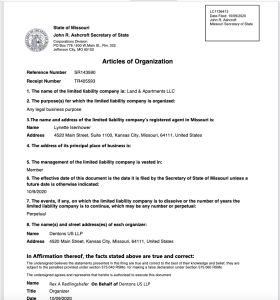 State incorporation laws still shield the owners of limited liability corporations from being identified. However, the passage of the Corporate Transparency Act earlier this month should eliminate this loophole eventually. But for now LLCs continue to operate under the cloak of anonymity nationwide. Beginning with the leak of the Panama Papers in 2016, byzantine networks of limited liability corporations have been the subject of investigations that have uncovered how such shell companies are used by the wealthy to secretly acquire real estate, hide assets, and avoid taxes. The Caribbean is one of the favorite locations used for off-shore activities, including Barbados — where Dentons — the world’s largest law firm, has a presence.