In 2015, the Russian news service landed in North County to cover the troubles at West Lake Landfill and Coldwater Creek. The question now is whether the CIA mounted a counter-intelligence operation here. 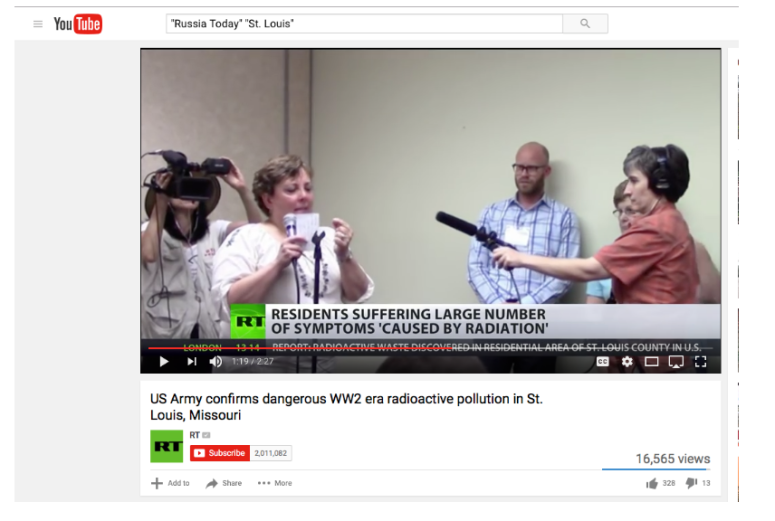 KWMU reporter Vérinique La Capra aims a microphone at  Mary Oscko as cameras captured the moment in August  2015 at the Hazelwood Community Center.

It’s hard to imagine a more unlikely place for an espionage operation to take place than the Hazelwood Civic Center. But recent revelations by the U.S. intelligence community suggest that it may have been one of the locations in North St. Louis County where a secretive propaganda battle quietly played out in August 2015.

Hundreds of people gathered at the civic center for a community meeting that month had no inkling they were bit actors in this Cold War revival. The overflow crowd that jammed the conference room on August 20 attended  out of concern for the health of their families and the safety of the community. Radioactive contamination leftover from the Manhattan Project and its aftermath still plagued the St. Louis suburbs and residents wanted answers from government officials about the long-delayed clean ups.

Questions were asked, testimonials were given and frustrations were vented at the event, all captured on video by camerapersons, including at least one with ties to RT America, the Russian foreign news service.

In the heat of the moment, those present were not aware that they were pawns in a larger political struggle between the U.S. and Russia. Evidence of the covert chess game didn’t surface until January of this year, long after the meeting had faded in the community’s collective memory.

That’s when the CIA took the unprecedented step of releasing a classified report on alleged Russian interference in American politics. The unusual act by the agency was spurred by the continuing controversy over Russian interference in the 2016 presidential election. Those allegations remain the focus of  congressional investigations, and a probe by an independent counsel appointed by the Justice Department.

Allegations of the hacking of email accounts of Democratic presidential candidate Hilary Clinton and her campaign staff by Russian operatives prompted the CIA’s release of the report. But the majority of the declassified information in the report is unrelated to the furor over whether Donald Trump and his cronies benefited from the alleged Russian intrusion. 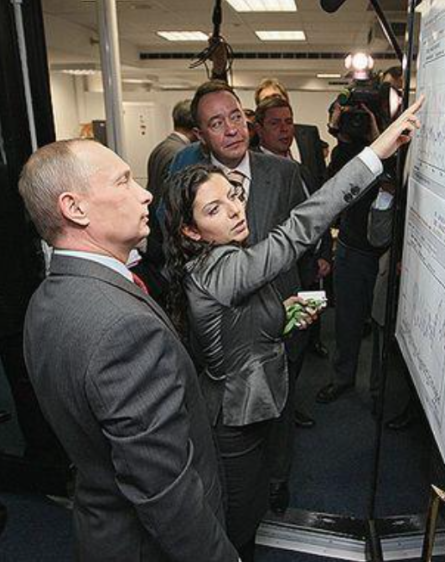 Instead, the CIA released an intelligence assessment put together in 2012  that details how RT America is allegedly used by the Kremlin as a propaganda tool to cast the U.S.  government in a bad light.

The obvious question this now raises is whether the CIA mounted a domestic counter espionage campaign to offset the perceived damage being inflicted by the negative image that the Russian news service allegedly broadcast not only in America but to a global audience via the Internet.

The CIA report was compiled in 2012 three years before the Russians showed up in North St. Louis County and four years before the U.S. presidential campaign. Though classified, it can be assumed that its contents were shared with the White House and other federal departments and agencies.

It is therefore reasonable to surmise that the CIA and other government agencies were not simply monitoring Russia’s interference in America — but actively combatting it with their own surreptitious operations.

If this is true, it begs the question as to whether American intelligence assets were present at the Hazelwood Civic Center that sultry, late summer evening back in 2015.

Only The Shadow knows.