When newspaper tycoon Mike Lacey,  former owner of the St. Louis Riverfront Times, was busted for pimping in California this week,  his arrest was long overdue. More than a decade earlier, a federal probe linked RFT sex ads to the Eastside rackets. 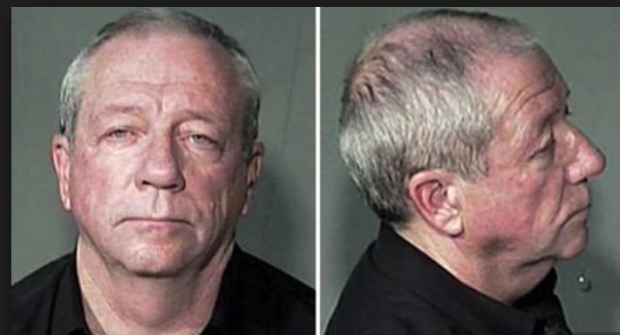 Pimping and Publishing, What’s the Dif?

Dennis W. Sonnenschein will have plenty of time to reflect on his business career over the next year. Yesterday (January 1, 2004), the St. Louis area massage parlor owner reported to federal prison to begin serving a one-year sentence for “misprision of a felony,” a charge similar to obstruction of justice.

In November, St. Louis Post-Dispatch staffer Michael Shaw reported that Sonnenschein was sentenced to a year in jail in federal court in East St. Louis. The court also ordered Sonnenschein to pay a $250,000 fine and give $1 million to Eastside charities. Sonnenschein must also hand over five parcels of property in Brooklyn, Ill., where the now-defunct Free Spirit Massage Parlor was located. Sonnenschein, who headed the A to Z Development Corp., admitted to the court that businesses located on his property were engaged in prostitution. The current owners of the sex businesses operating on his property were not charged. Although the property was listed in his estranged wife’s name, Linda Sonnenscbein wasn’t charged, either.

Sonnenschein, 59, has been engaged in the flesh trade since the 1970s, when he operated mobile massage parlors from the backs of vans in St. Louis County. Sonnenschein’s latest bust appears to have been part of a larger federal investigation into prostitution on the Eastside.

Assistant U.S. Attorney Stephen Clark indicated that the owners of Free Spirit advertised in Missouri publications from 1994 until 2000, the Post reported. Sonnenschein was indicted because the ads drew customers and prostitutes across state lines, which is a federal crime. The Riverfront Times publishes ads for the Eastside strip clubs and massage parlors every week. The time period investigated by federal prosecutors, 1994-2000, spanned the ownership change at the RFT. Hartmann Publishing, owned by Ray Hartmann, sold the newspaper to the New Times, a Phoenix-based chain, in late 1998.

But Sonnenschein’s trail extends further into the past. In September 1983, Post staffer Ronald Lawrence reported that one of Sonnenschein’s business associates was Fernando “Nando” Bartolotta, a made member of the St. Louis mafia family, then under the leadership of the late Matthew Trupiano. Less than two years later, on April 10, 1985, the St. Louis Globe-Democrat reported on the federal trial of Bartolotta in East St. Louis. Federal prosecutors had charged Bartolotta and another Missouri resident with conspiring to commit interstate transportation of stolen property. Testifiying against Bartolotta was FBI informant Jesse Stoneking, who the defense claimed had intimidated and entrapped the St. Louis organized crime figure. Bartolotta’s defense attorney was reported in the Globe as Andrew Leonard. An attorney of the same name — Andrew Leonard — was the longtime general counsel for Hartmann Publishing, the original owner of the RFT.

Stoneking, the informant who testified against Bartolotta and dozens of other St. Louis mobsters in the 1980s, died of an apparent sucide in Maricopa County,  Arizona a year ago (2003). The Chicago mob had allegedly put a $100,000 contract out on Stoneking’s life after he became an informant.