Local environmentalists love outside media attention, but they may find embracing the “kindness” of strangers can sometimes hurt more than help. 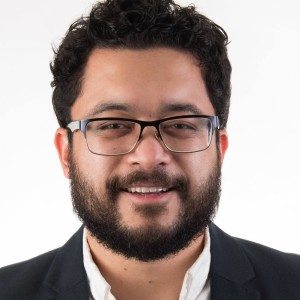 In recent days, the West Lake landfill Facebook page has been graced by two stories by Josh Peterson, a contributing writer for the Urban News Service. The stories are essentially a rehash of old news with a sprinkling of updated quotes from local activists involved in confronting St. Louis’ radioactive waste catastrophe.

Another freelancer piggybacking off previously generated coverage would be of little concern. Pack journalism is nothing new.

But these stories are different.  While they appear to focus on the environmental dilemma at West Lake,  the stories tend to meander into disparate and unrelated issues, including the unrest in Ferguson, the demographics of St. Louis County and even President Obama’s nuclear policy with Iran.

It’s all a bit fuzzy. And perhaps that’s by design.

One thing that is clear about the Urban News Service coverage is that  it’s done long-distance. The reporter, Peterson, lives in Washington, D.C., more than 800 miles from St. Louis. The other undisputed fact is that the reporter lists no prior experience in reporting on environmental issues on his resume.

But it is the credentials that Peterson does list that are most revealing. He credits himself with being associated with the ultra-conservative Heritage Foundation and  contributing to a litany of extreme right-wing, online publications, including The Watchdog, The Daily Caller, Washington Free Beacon, and the Federalist.

The Watchdog, for example, is the product of the Franklin Center for Government and Public Integrity, a neoconservative think tank with a clear anti-union and anti-environmental agenda. The Franklin Center uses its clout to infiltrate and influence state legislative news coverage across the country, according to a Media Matters website.

The Washington Free Beacon, spawned in 2012, was originally connected to the Center for American Freedom, another ideologically-driven, non-profit corporation dedicated to among other things bashing the Obama administration whenever possible.

One of Peterson’s Urban News Service stories dismisses the known ill-health effects caused by radiation exposure by citing the opinion of an alleged expert, Jerry Cuttler.

“Low-level radiation ‘is generally a health benefit,’ said Jerry Cuttler, a scientist with more than 50 years of experience with nuclear radiation and an adviser to the New York-based American Council on Science and Health.

“’The natural radon level in an open area is very low,’ said Cuttler. ‘To find a harmful radon level, you would need to go into a uranium mine that has no forced ventilation.’”

Peterson contacted StlReporter after publication via Twitter to defend and clarify his work.  He says his research for the articles on St. Louis’ radioactive-waste crisis took weeks. Peterson also asserts that he is an experienced environmental reporter. His initial interest in the St. Louis radioactive-waste crisis, however,  was spurred because billionaire businessman Bill Gates is a major shareholder in Republic Services, the trash company that owns the radioactively-contaminated West Lake Landfill in Bridgeton, Mo.

Though Peterson admits he has been associated with neocon think tanks, he is not in lockstep with the policies they promote, he says. He dismisses attempts to tie his work to the political slant of the publications to which he has contributed as a conspiracy theory. He adds that it is hypocritical and unprofessional to have done so.  Peterson objected to not being called beforehand for comment.

“I would rather speak on the phone as colleagues rather than having to defend myself in 140-character bites,” he says.

There is little argument, however, of the political slant of the parent company of the Urban News Service — the American Media Institute (AMI). One of AMI’s directors is Richard Perle, a  founder of the Project for a New American Century, which helped forge the Bush administration’s flawed foreign policies. As the chairman of the Defense Policy Board, a civilian advisory group attached to the Department of Defense, Perle pushed for the invasion of Iraq. He resigned from his position after journalist Seymour Hersh revealed that Perle was a war profiteer in  Lunch with the Chairman, an article that appeared in the New Yorker in 2003.

Earlier in his career, Perle was a staunch supporter of the Reagan administration’s Strategic Defense Initiative, also known as Star Wars. Throughout his long career, Perle has been an unwavering proponent of  the U.S. nuclear weapons program.

The U.S. nuclear weapons program, of course, originated with the Manhattan Project, which built the first atomic bombs. The nuclear waste generated then and subsequently during the Cold War still contaminates St. Louis County today.

This all leads to one question:  Why is Peterson’s slyly neoconservative slant being promulgated by environmental activists on the West Lake Facebook page?